Christine Wang, an Indiana University Bloomington student obtaining her Master of Fine Arts (MFA) in Graphic Design has dedicated her thesis work to promoting a message of unity, peace, and understanding. She originally received her degree in communications in Taiwan but took her interest in communications and design to IU. Her thesis: Hope Not Hate is an exhibit surrounding Asian hate crime reports during the years 2020-2021.

Christine has an interest in graphic design’s nature and ability to call attention to important ideas or issues in the world as design allows for deeper relations with innovation and creativity. Her MFA thesis is a response to the Asian American hate crimes and violence that has developed throughout the years, especially amid the chaos of the COVID-19 Pandemic. 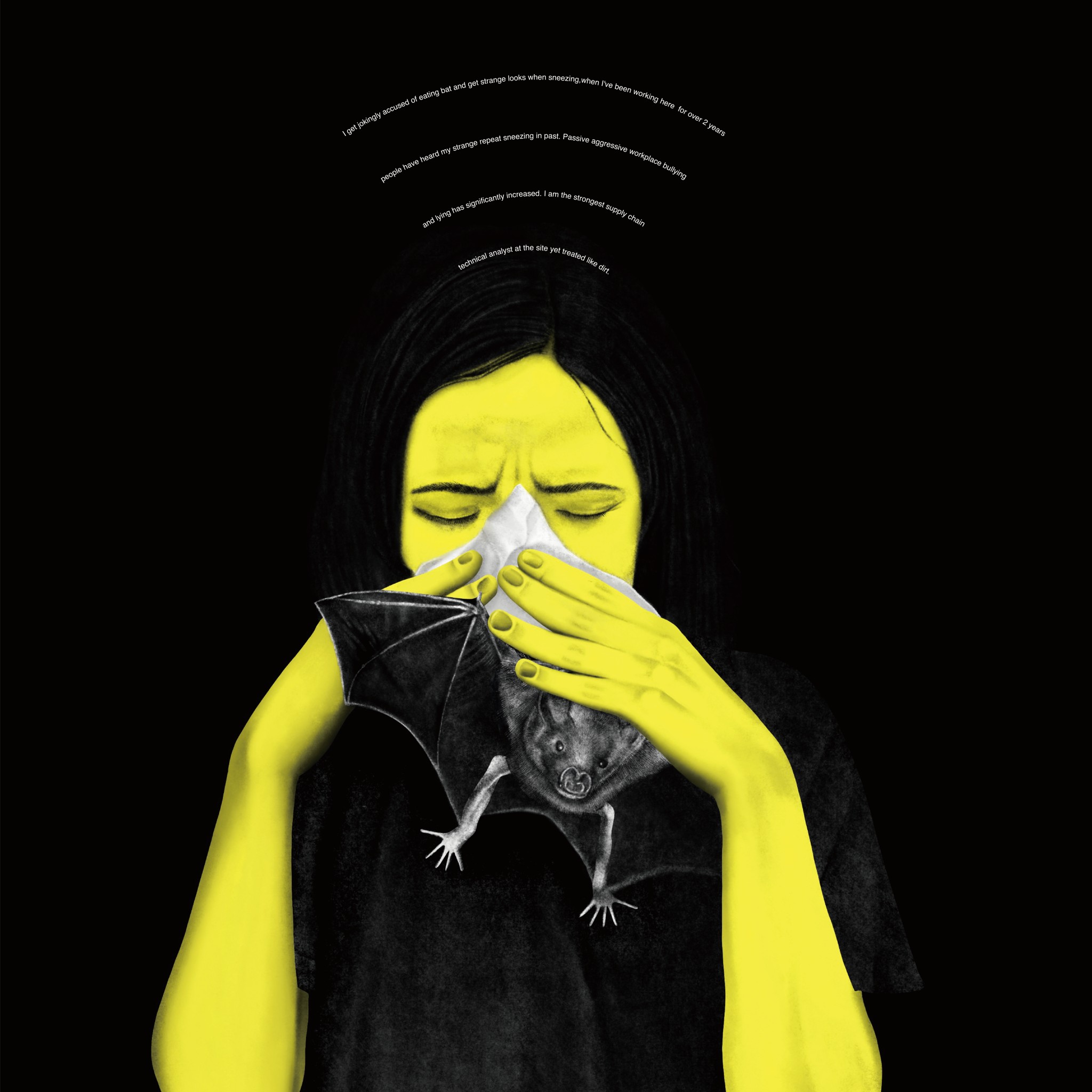 “I hope to encourage people to slow down to see and reflect on what happened to Asian America in 2020-2021. When you see everything immediately, you will miss the critical issue growing bigger. I think the shooting that happened in Atlanta is the best example. You forget what happened in 2020 and the beginning of 2021, so the issue was not highlighted, that’s why the sad story occurred everywhere, and that’s why people are mad when the: “This is not hate crime” statement came out. Because they never slow time to see to reflect the whole timeline.”

By partnering with an organization that works with Asian American and Pacific Islander (AAPI) communities to battle incoming violence and hatred, Christine utilizes her talents to make a profound impact on those who view her work. She intends to use her personal experiences to raise awareness and spread her intent.

Christine has faced several instances where her background was discriminated against; two times she has been ignored or criticized in grocery stores, one time dealing with a lady yelling “You started all the virus! You brought the virus here!” at her. She transferred these experiences into her art to make a stand against the hate that she and her community have been receiving.

Christine’s exhibit Hope Not Hate was displayed at the Grunwald Gallery in the Fine Arts Building from April 12th to April 23rd. This exhibit remained open 11 days with an online show on May 5th.  The exhibit consists of several illustration portraits demonstrating hate crime experiences Asians in the state have faced. Each illustration portrait raises awareness for the matter by including letters of hate, examples of violence, and emotions felt from the discrimination. The darkness behind each photograph is meant to represent the discrimination, hate, and repression that the AAIP community faces.There is a live video piece that boldly states “2021.This Is Hate” on the front while footage of crime shows plays in the background behind a photograph of Christine. 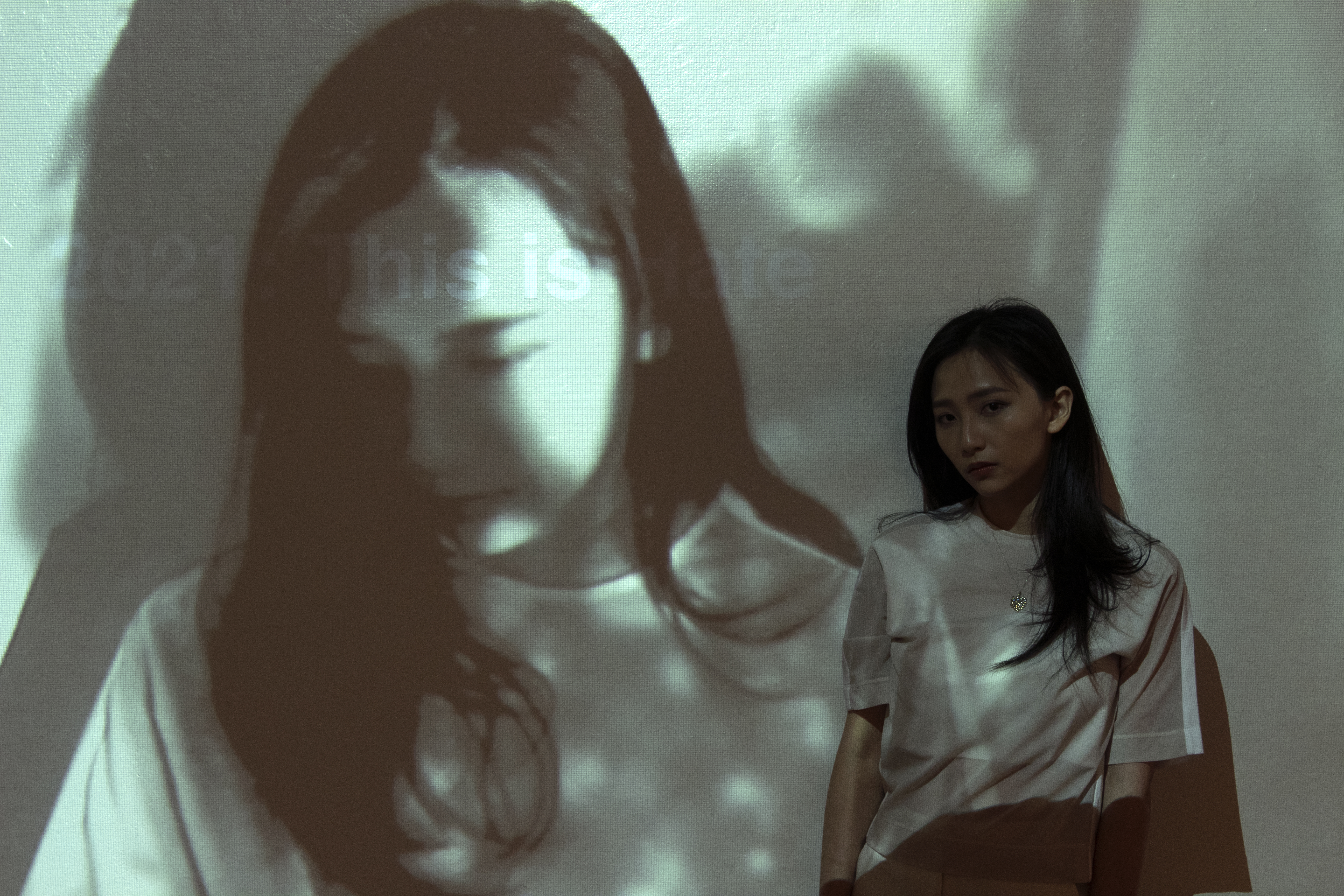 “Discrimination against the victim is a momentary matter, but the shadow will indeed linger forever as a victim. I think those experiences were so vital that they shouldn't be taken so quickly” says Christine.

“I hope this show can be seen not only in Bloomington, but more places in the state.” Christine’s exhibit prompts vital discussion regarding important matters, and she is not stopping at a local level. Christine’s exhibit is currently under review at Aiga New York, Eyeonedesign, and Chinese for Affirmative Action (CAA).

For more information, consider visiting Grunwald Gallery or attending Christine’s live show. In addition, you may reach out to her for further information and discussion at christine05310531@gmail.com. 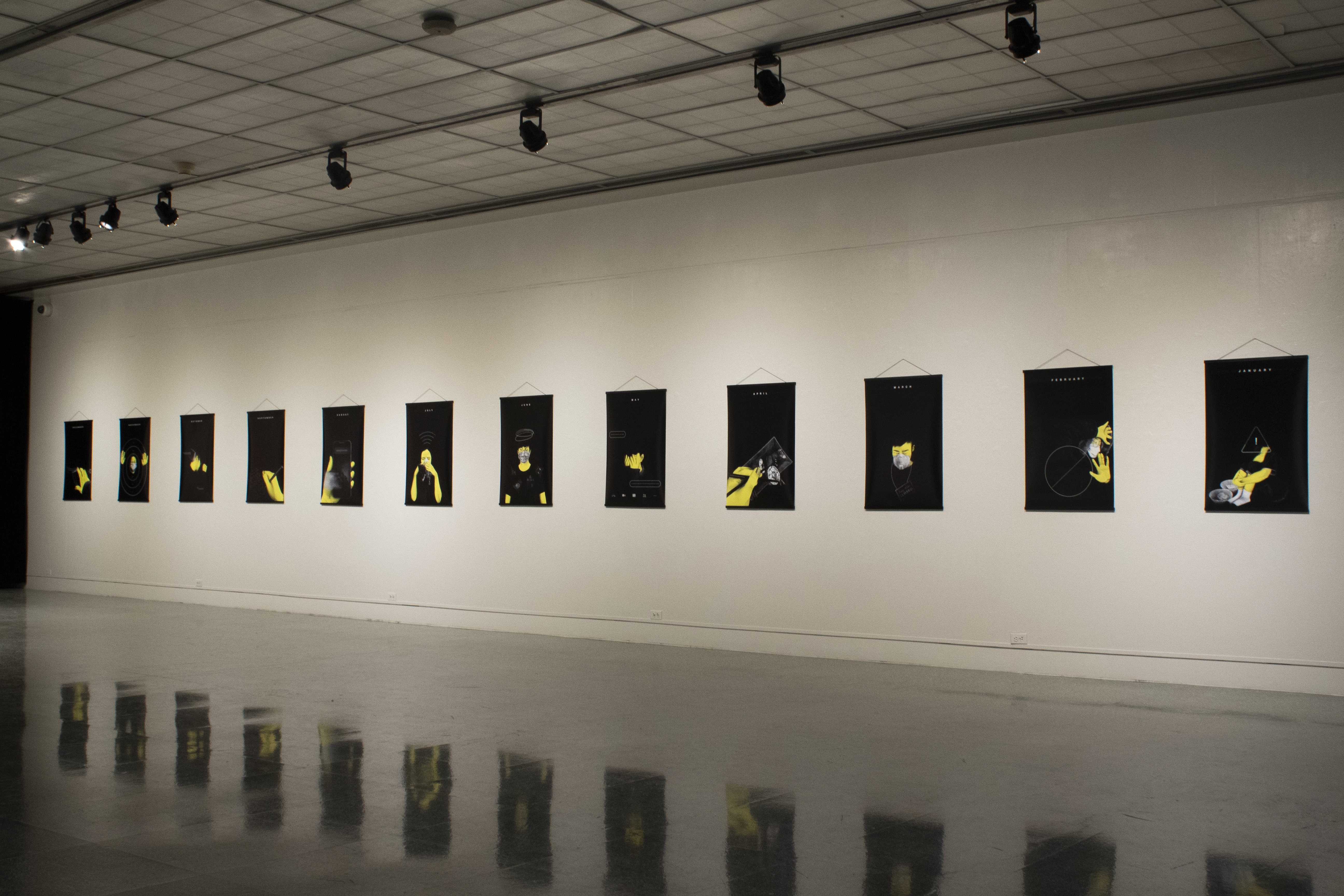